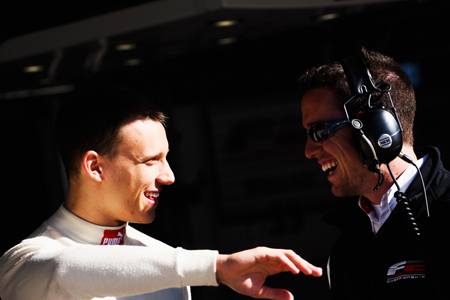 A top-three qualification performance at the Nürburgring showed that Daniel has the speed to challenge for victories in this year’s Formula Two championship – now all he needs is a set-up that lets him unlock his blistering pace in the races themselves.

F2’s visit to Germany left him seventh in the standings, with a pair of eighth places his reward for a weekend in which tyre wear proved a more challenging opponent than any of his rivals on the track.

He said: “To be honest, it was a bit of a hard weekend. On new tyres the car was good and our pace in qualifying was pretty good for the whole weekend – but the car wasn’t right for the races.

“It just killed the tyres and we really never got on top of that. It was better in the second race, but I just couldn’t fight anyone off.

“Now that I’ve proved I’ve got the pace in qualifying I just need to get the car set up the right way for the race – over the last few races I’ve showed the pace is there, but in the races it hasn’t quite come together. When it does the results will be imminent.” 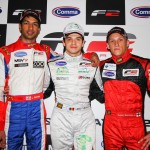 The weekend had started well for Daniel, with a 1m46.831s qualifying lap for race one that left him just 0.382sec off pole. But his plan to let the leaders shred their tyres racing each other, before picking them off at leisure, fell apart when it turned out his tyres were the ones that were suffering most.

A set-up change for the second contest improved his race pace – but at the cost of qualifying.

He said: “Race one was a disaster – it was a mistake on set-up and from the first two laps the car was just never there. The second race was an improvement, but the qualifying position for that could have been better. We didn’t fully get the best out of the tyres during it as we were still trying things to counteract the problems with them – although I do think we got a better race set-up because of it.”

He said he would take the lessons from this weekend and use them to improve the rest of the season: “We tried something and it didn’t work at all. At times you think all the evidence in motor sport history shows that this is how a car should be set up, but sometimes it works exactly the opposite. Sometimes you have to think creatively and try something that doesn’t normally work.

“We were generating too much heat in the tyres – we’ll find out why, and discover what needs sorting out, and we’ll be in a much better position for Spa.

“Podiums is what I’m aiming for. It was one of those weekends, unfortunately, but you learn these things at the start of the season and by the end you’ve got it nailed.”

This entry was posted in Race Reports 2012 and tagged Formula Two, Nurburgring. Bookmark the permalink.