In this selection of photos – one per championship round – Daniel reveals the side of a race weekend that the fans don’t always see. From paddock to podium, from cresting a blind hill in Portimao to riding the kerbs of Monza, join him in this photo review of the 2012 season. 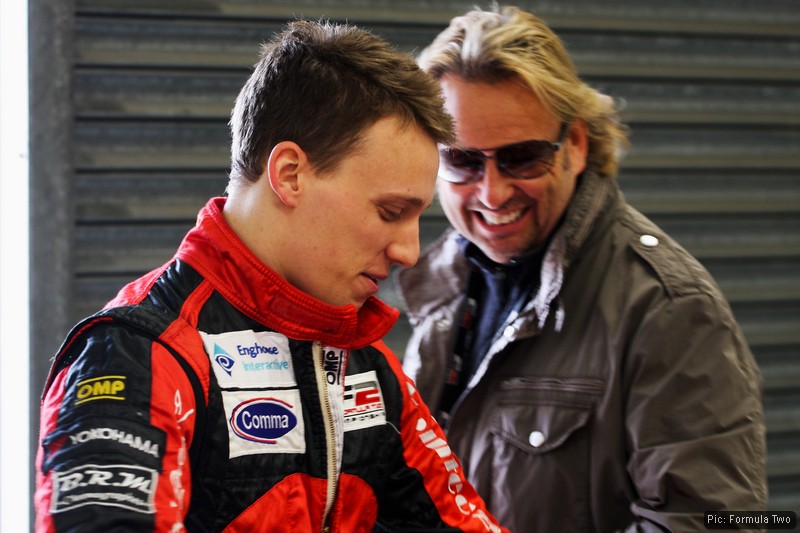 “This photo has significance to me mainly because at the start of each year you’re not sure if you’re going to be on the grid – it’s always a bit stressful over the winter. But here are me and my Dad in the garages at Silverstone having signed all the contracts, preparing for the 2012 adventures. It’s always nice getting on the grid for the first round.” 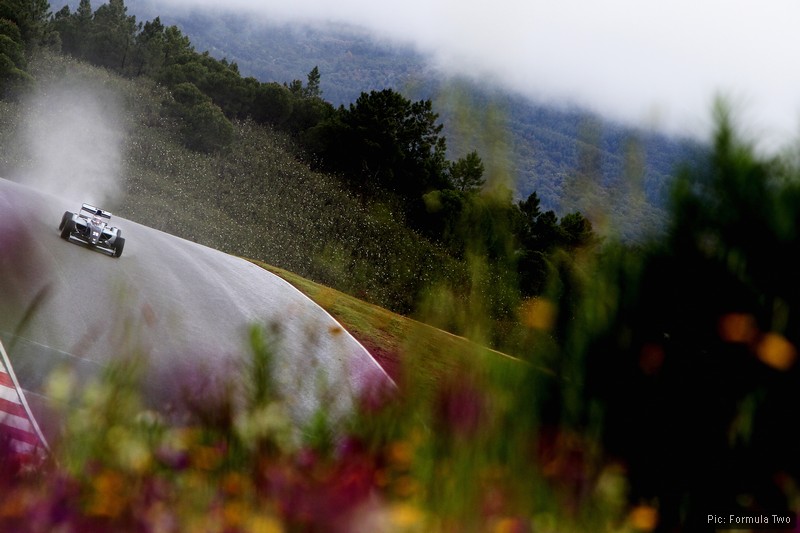 “I like this photo because it shows how Portugal can be so green and lush despite being such a dry country – and who would expect to see so much water, too? The circuit undulates, so you don’t normally get to see much of the scenery. This is on the back section as you come down the big hill, the furthest part of the circuit, and it’s also one of the danger spots because you can’t see anything as you come over the brow – every time, you find yourself sticking your head up to see if anyone’s spun ahead of you.” 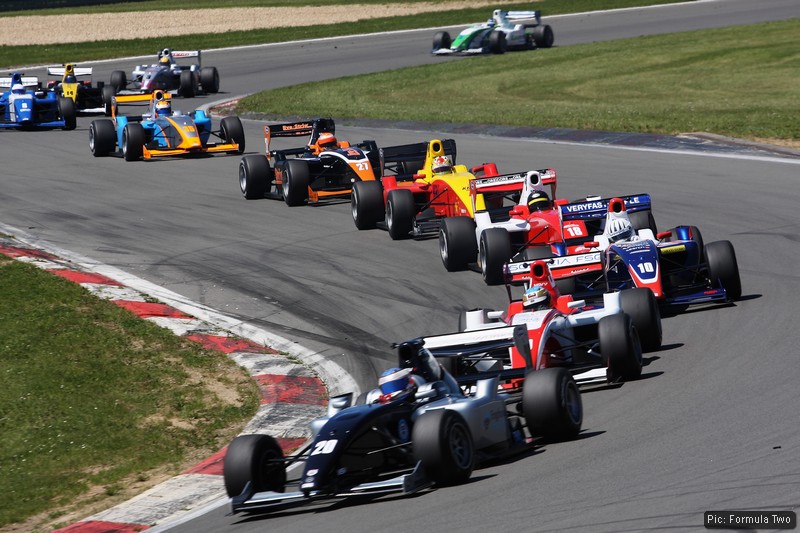 “This is lap one, and of course it’s always quite fun to see the vast majority of the field in a snake behind you, almost as if they were synchronised. Unfortunately, there’s also huge potential for something to go wrong, so your aim is to get away from the snake as soon as possible. It’s very nervy when everyone’s so bunched up – you’re waiting for the thud of someone out-braking themselves and giving you a clout up the rear.” 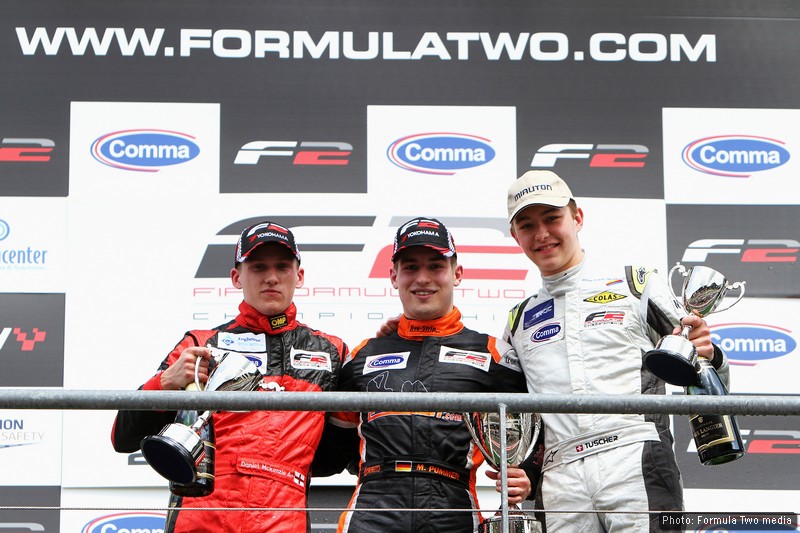 “This was my first podium of the season but, looking back, I wasn’t overjoyed. It was a sour podium – it was nice to earn a second place and get up there at last, but my tyres were out of balance and I never got the chance to properly attack the first-place man. So this is a good memory because I’m on the podium – but I’m grimacing because I know it could have been better.” 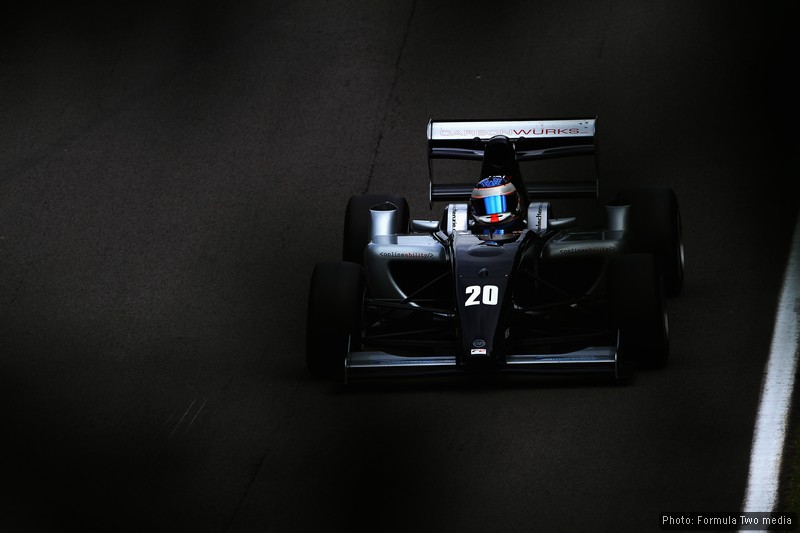 “This is a moody shot, quite dark, by James Bearne who took photos during the season for Formula Two and also for me. I like his work because he always manages to find some interesting angles and doesn’t just take the generic head-on ‘car going round the corner’ photo that you see so often. It was cloudy that weekend and visibility is poor at Brands at the best of times – this photo really shows what the conditions were like.” 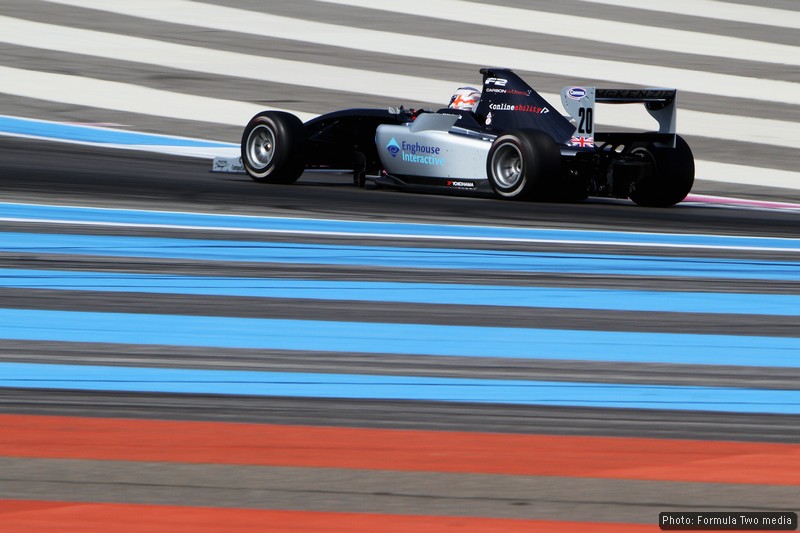 “I like this shot because it’s a bit unusual to see so many colours on a race circuit, at least away from the curves. It’s almost hypnotic when you’re driving round and if you’re trying to watch a car on the monitors and work out where they are it’s almost impossible because everywhere’s practically identical. It’s a well-designed circuit, one of the most advanced in the world and very safe. It also has excellent hospitality – it’s one of the only circuits I know where there’s a fully-functional shower in each garage. It’s owned by Bernie Ecclestone so every patch of grass is watered and cut regularly, everything is clean, everything is tidy and the food is fantastic. It’s quite something.” 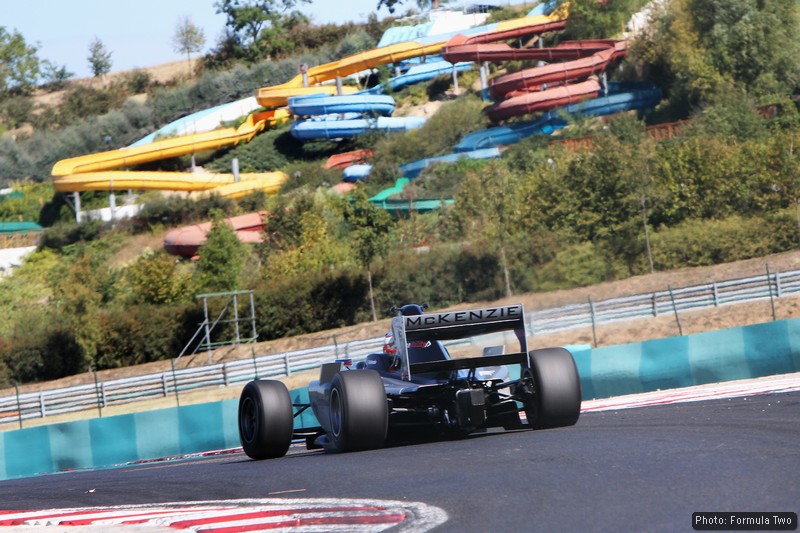 “I chose this because it’s a view of the Hungaroring that you don’t usually see when the TV cameras are covering Formula One there. It’s a water park just opposite the circuit, and it’s an odd thought to be racing around with kids playing away nearby. From the paddock you can actually see people sliding down and if they overshot they’d end up on the bonnet of a car. You’ll sometimes find that drivers and teams take an afternoon off for a splash there – it’s a bit of a distraction, but it’s nice to cool down.” 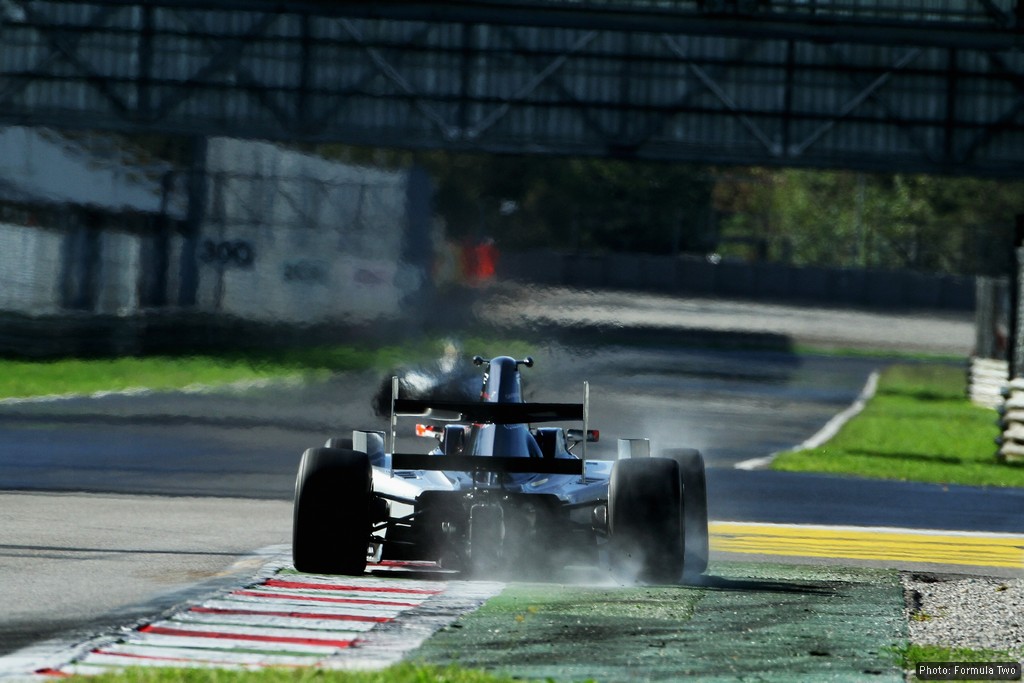 “What you’re seeing here is that part of motor sports where you use absolutely every inch of the circuit you can. At Monza, it’s coming out of the Ascari Chicane – every car runs over the Astroturf so they can use that massive bit of Tarmac ahead in search of a little bit more top speed down the straight. Even though in a single-seater you definitely feel it rattle through you as you bounce over the kerb, you still want to use as much of the track as you can – without finding yourself visiting the Race Director afterwards!”