Peak performance – preparing to race in mind and body

Posted on September 10, 2014 by David Ironmonger

The challenges of motorsport require a driver to be at peak physical and mental fitness. As the European Le Mans Series prepares to end its summer break this weekend at Circuit Paul Ricard, Daniel explains how he meets the challenge.

“The right state of mind is something that varies for each individual,” says GT racer Daniel McKenzie. “It changes according to where you are from year to year.” 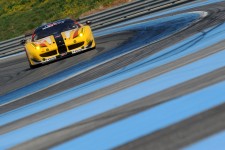 As he and his rivals in the European Le Mans Series (ELMS) prepare to resume their battle, almost two months since their last outing, casual fans of the sport might well wonder how the drivers find their mental focus – especially after so long away from their cars.

According to Daniel, there is no single approach that works for every driver, every time. He says that every driver is unique and it all depends on their starting position come race day.

In an endurance racing format such as ELMS the mind-set of a driver can be affected by a number of variables – but the most challenging part may not be what you expect.

“The hardest part of this kind of racing is the changeover between drivers,” said Daniel. “After two hours of driving you don’t feel too much because of the amount of adrenaline flowing.

“Once you step out of the car your coordination seems to disappear and you feel drained like a night of heavy drinking – but for 30 seconds you have to remain focused to help the next driver get in and away as fast as possible by doing things like plug in their audio cable.

“Only after that do you know you’ve done your job and you can sit back and relax.”

Another misconception is that longer tracks require more concentration: “It depends on the layout,” he said.

“A shorter track requires more concentration as you’re out of one bend and onto the next one, but a track like Spa has some very long straights so you can relax and almost make yourself a cup of tea. But sometimes a track like Austria can be fun to drive around because of the nature of its sweeping bends and overtaking chances.” 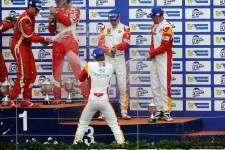 The previous round at Austria’s Red Bull Ring may have been enjoyable, and successful too as Daniel and JMW Motorsport earned a podium, but it was also hot – and that creates a challenge of its own.

He said: “It doesn’t sound like crazy temperatures when you say it’s 35 degrees, but the humidity and lack of breeze are what does it – you’re sweating and you just don’t cool down.

“The track temperature was closer to 40 and when you’re in the car for more than two hours it really does get to you. You really do need to be in peak physical condition to keep pushing hard all the time but, as well as that, often it’s mental concentration that’s the first thing to go.

“I was quite happy with how I coped – at first I thought ‘this is going to be a tough one’ but I found that, by the second stint, I felt OK in the car.”

With the locations on the schedule this year, one may wonder if a driver has to take on a larger amount of hydration for more humid races like those we’ll see in France and Portugal and if so how much.

But, instead of just taking on more water, he said the focus shifts before a race weekend as drivers work to adjust to the conditions.

Daniel said: “No matter where you race, the car itself always gets very hot on the inside. However, if I know it’s going to be very humid then leading up to the weekend I would change my training schedule slightly.

“I’m lucky because my gym room is next to a swimming pool room, so what I do is crank the heat up – it changes the preparation and you can get yourself used to it. Generally, though, preparation stays the same from race to race.”

Daniel’s racing career before GTs was spent in single seaters, and he said the two types require a different kind of physical fitness: “Single seater cars require you to be more physically strong because of the G-forces and lack of power steering – a strong neck is required. 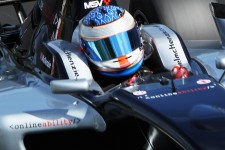 “However in GT sports cars the races are longer and the temperature is much higher – in single seaters you have the air flow and the outdoor temperature consistently keeping you cool, whereas in the GT car you have hot exhausts and engines warming you up which requires more cardio fitness.”

The need for high fitness is consistently stressed to every professional sportsman. Some work with highly-regarded professionals but others prefer to work alone. Daniel has tried both approaches.

He said: “Gerry Convy is a personal trainer who I know. He works with teams and sometimes myself, and he used to work in Formula 1 to keep people at peak fitness, working with the likes of David Coulthard.

“Now, though, I generally work by myself because I understand about the muscle groups and requirements of exercise and have become a lot more in tune with what I need, almost becoming a one band.”

It’s a level of professionalism that keeps him training through the winter off-season: “I find having good discipline leads me to not sway away from my diet and training during the down season.

“I am always training but change it up over time. During the winter break a higher intensity is what I would work at exercise-wise, but you don’t have to worry about injuries as much. It’s lighter during the season as you just have to maintain your cardio levels between races, but over the winter you find areas you can improve on.” 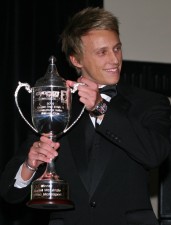 He stressed that a professional approach should begin from the start of a driver’s career: “When you’re building up to being a good driver, you have to learn how to get the best out of yourself. When I was younger and in Formula 3 I wasn’t too aware of how fit you could be, I still treated myself every so often to a Papa John’s pizza.

“I must admit when younger, coming up, there where times where during testing I thought ‘I can barely hold on to the steering wheel’. In a Formula 3 car after eight laps of testing I remember thinking ‘I’m fried’, so I have changed the way I’ve approached things over the past five years.

“We all have bad days, where you feel not quite physically ready even though you’d felt 100 per cent before the weekend. You’ve let yourself down as a driver if you do, but I’ve never had a point where I’ve wanted to give up and say I can’t keep my eyes open.

“I’ve always tried to go into the season and race in the best possible shape to absolutely make sure that I control my own variables.”

So, if you are ever watching Moto GP, Formula 1, Rally or even Nascar, and the pundits try to offer simplistic answers to the important question of driver fitness, just remember two things:

Each driver is unique in their own separate approach, but those who – like Daniel – achieve success do so by the professionalism with which they treat their mental and physical preparation.

This entry was posted in Features and tagged fitness. Bookmark the permalink.